Sir Ed Davey MP, Leader of the Liberal Democrats, visited York to show his support for the city’s bid to be the new home of Great British Rail. 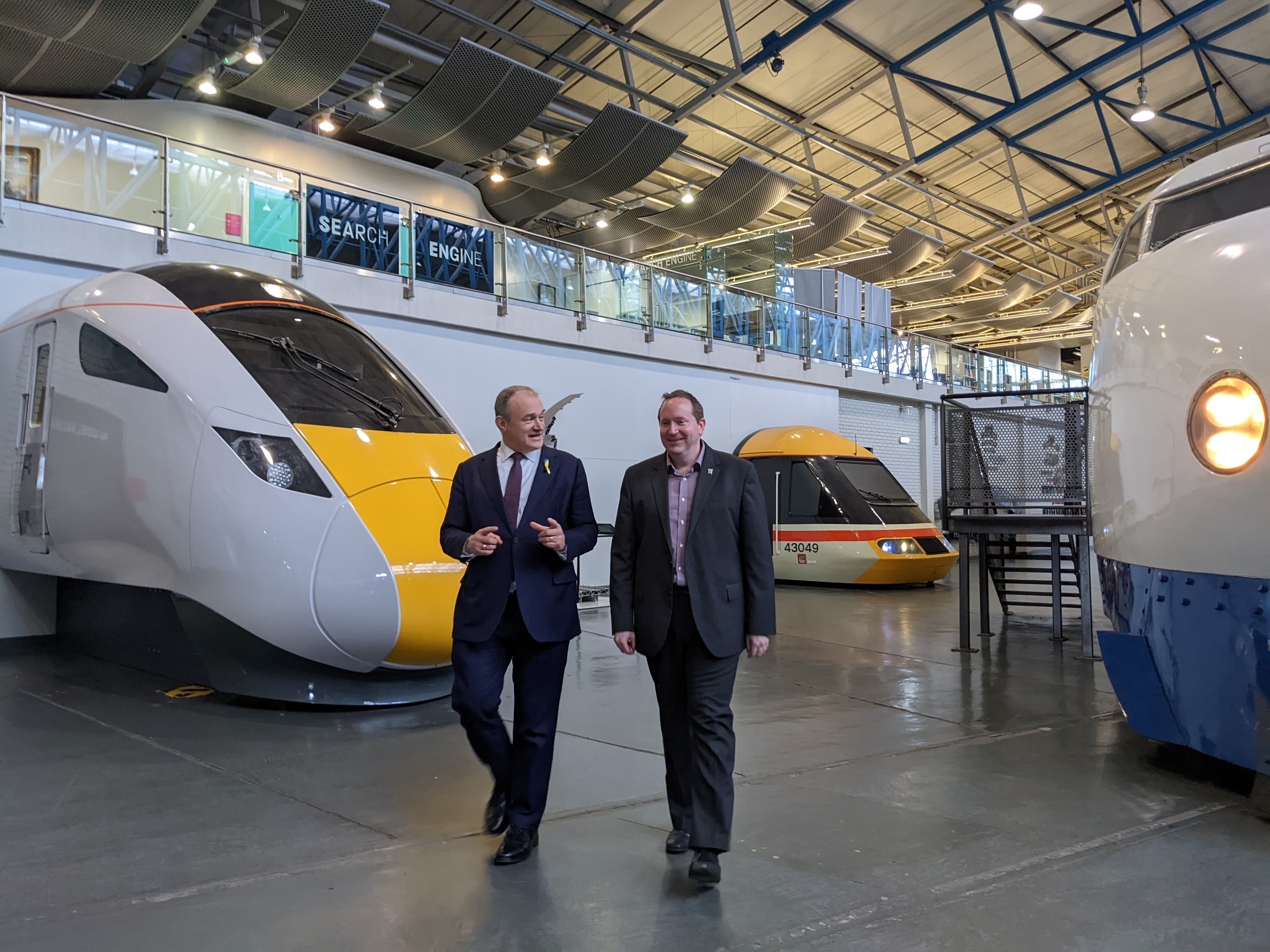 In a visit to the National Rail Museum Sir Ed Davey took the chance to explore the city’s rail heritage and future as the home of rail in the North. Joined by Council Leader Keith Aspden, Sir Ed highlighted York’s historic and strong connection to the rail sector, which forms the heart of the city’s bid to government.

Ed Davey’s support comes as many local and regional leaders, businesses and residents have backed York’s bid since the announcement of the country-wide competition.

York’s bid to have GBR move to the new York Central site is set to be formally submitted on the 16th March.

The York Central development, for which the Council and key partners have secured a £155m funding package, includes 2500 new homes; up to 1.2 million square feet of commercial development, with around 6500 new jobs expected to be created overall leading to a £1.2bn boost to the local economy.

The shortlisted towns and cities will enter a public competition later in May, with a public vote to decide the location of the new HQ.

“York’s unique rail heritage, existing connectivity and highly skilled workforce makes the city a great fit to be at the heart of the country’s rail industry. The city also has the ambition and opportunity to make the most out of this move, supporting local and regional recovery.

“Whilst it’s likely to be a tough competition, York definitely has a great opportunity to become the home of Great British Rail. I would urge people to join me in backing York’s bid and bring GBR home.”

“I’m grateful for Sir Ed Davey’s support, which only further strengthens our campaign. Countless leaders, partners and residents have already backed York and I would like to thank them for their support.

“Our bid, which will show the many reasons why York is best placed to be the home of GBR, is just about to be submitted. The new flagship headquarters of GBR could be based at the heart of the northern rail industry, on the York Central site, alongside a future Civil Service Hub. Once hopefully shortlisted later in May, York will need lots of support to get over the line and bring hundreds of jobs and opportunities to the rightful home of the country’s rail. ”