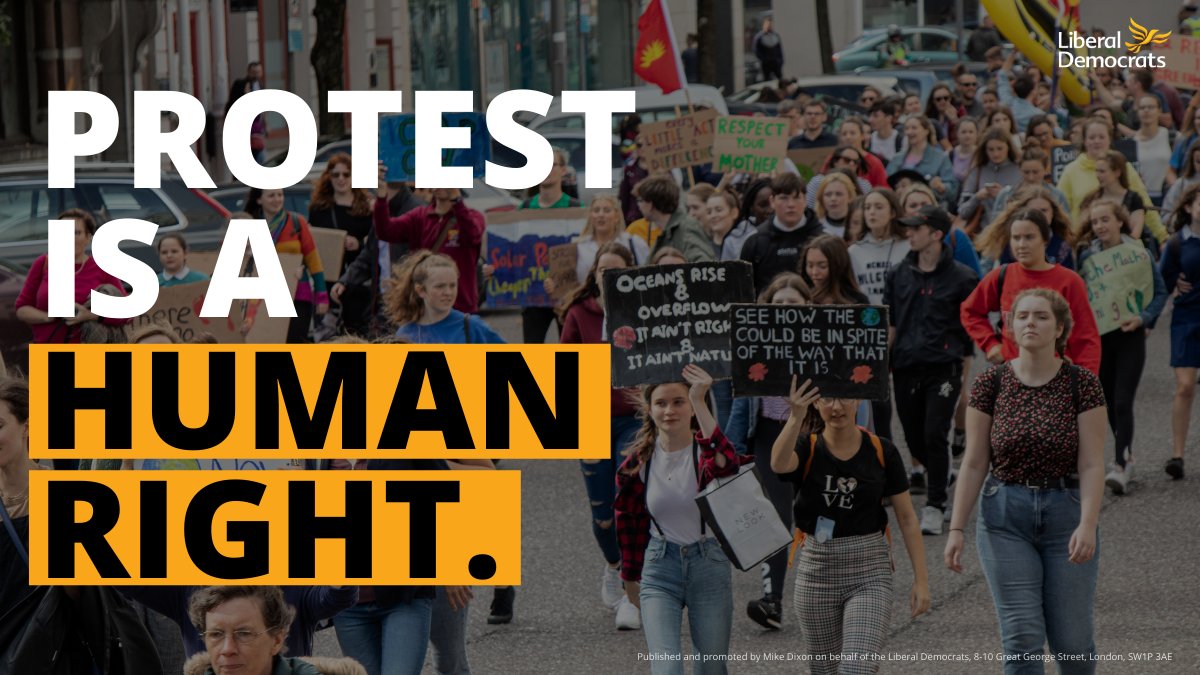 The letter from James Barker comes after the Police, Crime, Sentencing and Courts Bill was passed on its Second Reading in the House Of Commons.

The 300 page Bill would see sweeping powers given to the Home Office to restrict the right to protest, giving police new powers to disrupt protests, marches and assemblies, make it easier to criminalise organisers and participants and increase prison sentences for them.

“I urge Julian Sturdy and his Conservative colleagues to think again – the Bill as currently drafted represents a direct attack on our liberty. There are some aspects of the Bill which are welcomed and enjoy widespread support, but the Government needs to listen to the very real concerns about the proposed sweeping restrictions on the right to protest.”

“These new Conservative laws to crackdown on protests are dangerous and draconian. The right to peaceful assembly and protest is a fundamental human right. It has always been a crucial part of our democratic society. These new laws are part of the Conservative Government’s anti-democratic attempts to silence any opposition to its policies. Liberal Democrats in Parliament will fiercely fight them every step of the way.”