Cllr Cuthbertson has joined local resident Marie Dowling, who started the petition, to call on the Council to introduce a suitable pedestrian crossing on York Road. The petition has received over 1000 signatures and has generated much support in the local community.

York Road is approximately a mile long, with no safe place to cross along its length. A total of 3 schools are located in the area, as well as Ethel Ward park, which provides space for sports clubs and the local Football Club. As a result, many people, including school children, have to cross without a suitably safe crossing point.

“We know that across the country, there has been an upturn in the numbers of accidents involving pedestrians over recent years.”

“York Road is an extremely busy road, particularly during peak times, with many people crossing the road to reach schools and sports facilities in the area. With the combination of high volume of traffic and no suitable place to cross, the safety of pedestrians crossing York Road should be looked into as matter of urgency.”

“Like local residents, we felt that this road is dangerous for pedestrians and that it desperately requires an appropriate place for a safe crossing.”

Marie Dowling, local resident and starter of the petition, added:

“I started this petition after a loved one was hit by a car crossing York Road. It is a concern that a road which is approximately a mile long, has no safe place to cross along its length.”

“A great many school children from Haxby need to cross this road daily, often at the busiest times of day.”

“I would like to thank Cllr Cuthbertson for supporting my petition and I would urge City of York Council to identify opportunities for a new crossing to be installed, as soon as possible.” 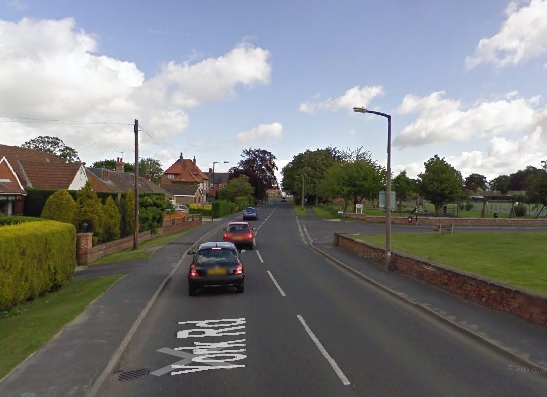