Cllr Andrew Waller, Liberal Democrat Executive Member for Environment, is asking for resident’s views on flood messaging in York, after recently calling for a review of communications following the recent seasonal flooding.

A review will now be conducted to look into whether the recent messaging used reached the right people and whether residents understood what they had to do. It is for this reason; Cllr Waller is looking to gather resident’s experiences and feedback to the Environment Agency.

In addition to calling for a review of flood messaging, Cllr Waller also asked for details on how delivery of schemes on the ground are being speeded up to ensure that the £45 million is spent constructively by March 2021, as residents are becoming concerned about the length of time that is being taken.

In turn, the Environment Agency highlighted that a plan was now in place to recover the time lost in making use of the funding, and confirmed to Cllr Waller that there are plans to ensure that the £18 million, already identified as being needed post 2021, is being worked into the next 6 year plan.

“In all emergency scenarios, communications to residents is crucial. That is why I have called for a review of flood messaging in York, so that we can make absolutely sure that the right information is reaching the right people.”

“This is an opportunity for residents to feedback their experiences and if you feel that there are elements of the messaging used that can be improved or did not work for you; then I would like to know.”

“Further to this, I have voiced residents concerns regarding the speed of delivery for the £45 million of funding included in the current investment plan. It is vital that this funding is utilised by 2021, getting through all the stages of approval before then, so that flood defences can be put in place, where needed, to improve resilience.”

“I will continue to keep the pressure on in this respect and make sure that this funding is spent as soon as possible in order to improve York’s resilience to flooding.”

In June, the Environment Agency will be providing a quarterly update to the Council on their efforts to prevent and tackle flooding in York. Cllr Waller will use this opportunity to feedback resident’s experiences directly to the Environment Agency and seek improvements where necessary. If you wish to provide feedback to Cllr Waller on flood messaging, then please email [email protected]. 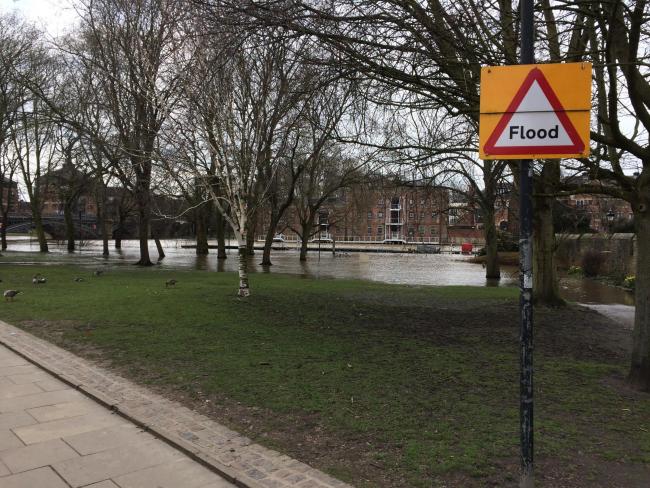