Council Leader Keith Aspden has written to the Health Secretary urging the Government to end the outsourcing of COVID-19 contact tracing and redirect the funding to local public health teams. 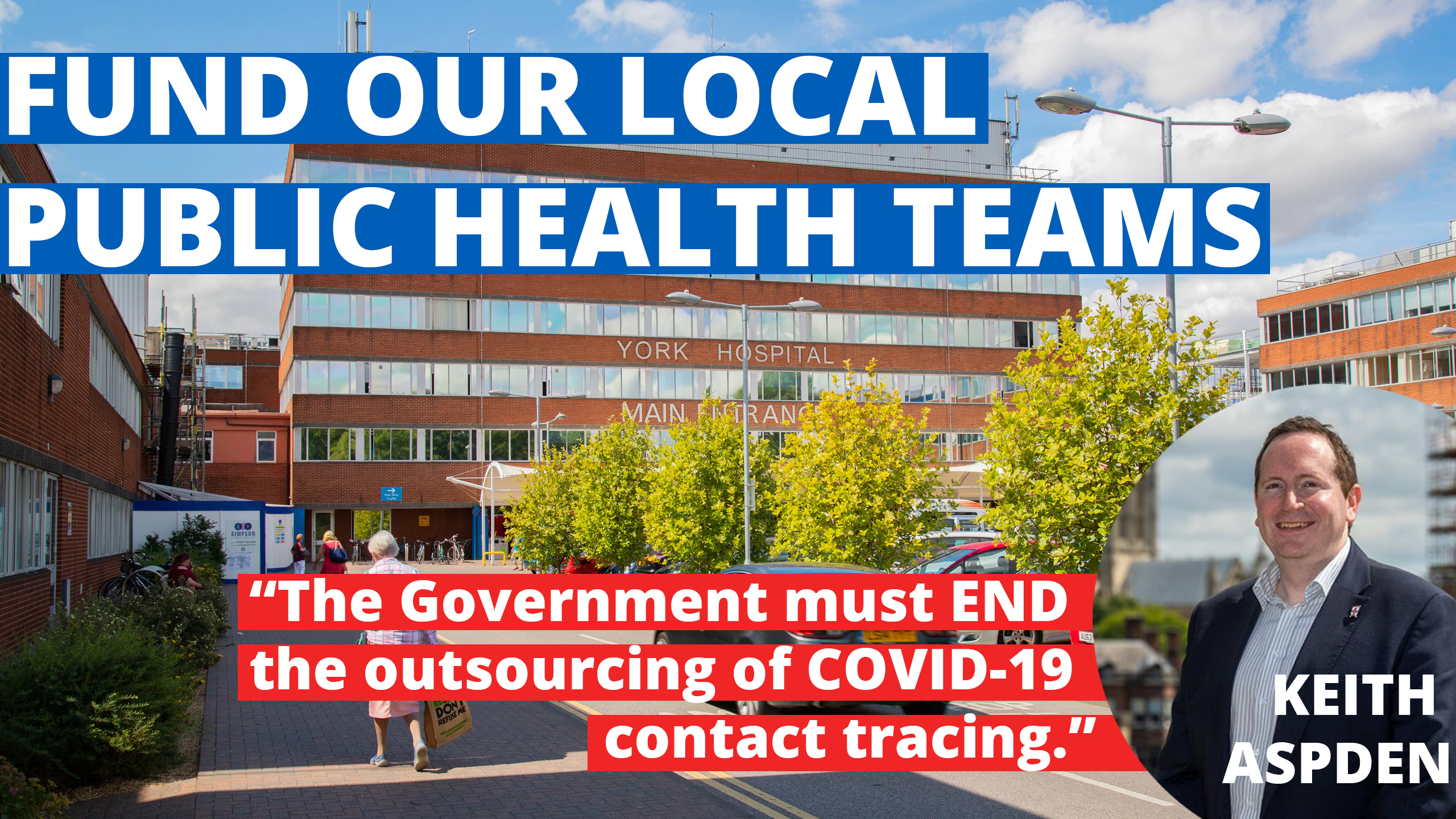 The letter comes as the original contracts for a national contact-tracing call centre come up for renewal on the 17th May. The performance of the outsourced national contact-tracing service, and the rest of the Test and Trace scheme has been subject to fierce criticism. The Public Accounts Committee of MPs found last month that despite “unimaginable” levels of spending, with £37bn allocated, the Test and Trace scheme had made no “measurable difference” on the spread of the virus.

Due to ongoing issues with the national system, York’s public health team launched a local testing service in October 2020, which from the very beginning reached more than 90% of those residents the central system has failed to contact. York is among the more than 20 authorities participating in the ‘Local Zero’ pilot. Since the 10th March our teams have been tracing all cases through the local York Contact Tracing Service as soon as a positive case appears in the data.

As the Prime Minister announces the launch of a public enquiry into the handling of the pandemic to begin in Spring 2022, Councillor Aspden is urging Ministers to note the lessons learned over the failures of the centralised system now and halt the outsourcing of contact tracing in England. Funding instead should be diverted to local public health teams and work should begin immediately to lay out a clear plan for localising and integrating contact tracing.

“It is the hard work and success of our public health team that clearly show why a localised approach to contact tracing is the right one. The Government must follow the evidence and work to implement a localised system across the country.

“It would be a grave mistake to continue with a flawed approach which has proved both costly and ineffective. Whilst Ministers will begin looking into the lessons of the pandemic only later next year, it should be clear by now that funding must be invested in the most effective systems that can protect our local communities as we look to return back to normal.”