Controversial fire service takeover to be debated by House of Lords

On Wednesday 21 November there will be a debate in the House of Lords, where peers will be asked if they regret a decision by the Government to agree the takeover of North Yorkshire Fire Authority by the Police and Crime Commissioner, following other takeover examples nationally. 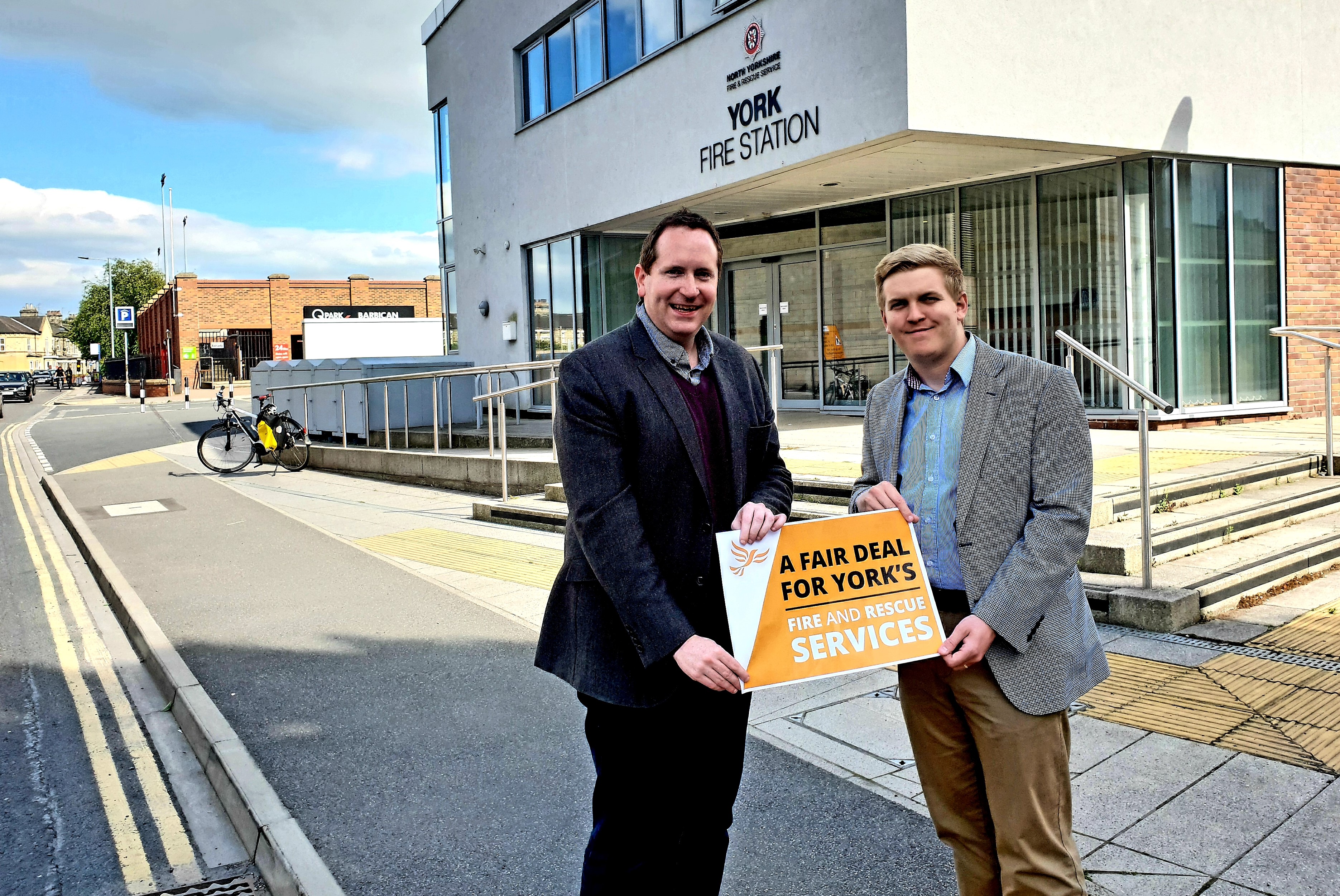 In North Yorkshire these proposals led to the Conservative Police and Crime Commissioner spending more than £140,000 on consultants to prepare a business case on taking over the local fire service. The unpopular takeover is set to take place following Government agreement on 15 November 2018.

“It is important for the House of Lords to vote on a motion of regret in order to place on record our dissent with Government policy and its impact not just on North Yorkshire, but equally, a variety of areas across the country, with unpopular and unwanted fire service take overs. Most importantly our dissent as Liberal Democrats is with the ongoing Conservative ideological reduction of local democracy and the ability of locally elected councils to influence the areas they are elected to represent.”

“Many are alarmed by the PCC’s intentions to assume responsibility for both the Police and Fire Service in North Yorkshire – the largest rural single county in England - leaving York and North Yorkshire without a Fire and Rescue Authority. Although collaboration between public services should be increased to the benefit of local communities, the PCC’s plans here in North Yorkshire are too high-risk. Most importantly, what contingencies would be put in place if all does not go according to plan. There may be other areas in the country which have under-performing fire services, where action on governance may be appropriate; however, North Yorkshire is not in this category. A takeover is this circumstance is ideologically driven, needless and risks seriously undermining an already effective fire service.”

“Our communities and local authorities have already expressed serious concerns that the proposals could severely impact on the fire services’ capacity to serve residents across our local area. This includes all local political parties, North Yorkshire County Council, City of York Council, and the North Yorkshire Police and Crime Panel. It is particularly disappointing to those of us in York and North Yorkshire as the Government’s own independent assessment, albeit only undertaken by one organisation against the advice from the Local Government Association, even stated in conclusion that there “is an absence of quantified benefits in relation to any reduced costs of inputs” and that there was “no overwhelming case for change and that most of the proposed changes could be achieved under the other three options.”