Council Leader Cllr Keith Aspden has hit out at the confusing and counter-productive decision to re-centralise contact tracing, which has since March been key to local efforts in stopping the spread of the virus in York. 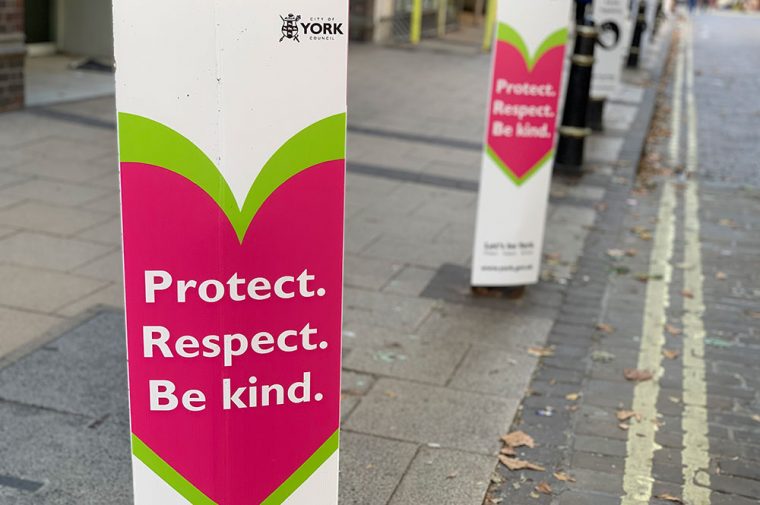 A major change to the local authority partnership agreement the Council has with NHS Test and Trace scheme has seen the successful localised contact tracing system re-centralised, despite objections from the local Public Health teams across the country. Cllr Keith Aspden has sent a letter to the Health Secretary as the Chair of the city’s Outbreak Management Board outlining the risks of this counter-productive decision and urging for it to be reversed.

Due to ongoing issues with the national system, in March York’s Public Health team launched a local contact tracing service, known as Local 0, undertaking the contact tracing of all contacts of positive cases. This saw more than 90% of contacts reached within 24 hours since the launch of the scheme, playing a key role in containing outbreaks and reducing the spread of infection in York.

Changes in the NHS Test & Trace system is now seeing local teams no longer able to do contact tracing of contacts in York and positive cases are no longer referred to the local team until after 4 hours. This is creating unwelcome delays in the follow up of positive cases and presents a risk locally of residents not being able to access the right level of local support soon enough. This is a particular concern for those who will be unable to self-isolate without practical support, which can only be provided locally.

The performance of the outsourced national contact-tracing service, and the rest of the Test and Trace scheme has been subject to fierce criticism. The Public Accounts Committee of MPs found earlier in April that despite “unimaginable” levels of spending, with £37bn allocated, the national Test and Trace scheme had made no “measurable difference” on the spread of the virus.

The council, including public health teams and key partners, have continually lobbied for all contact tracing to be carried out locally, as it not only presents better value for money but is also more effective, allowing the Public Health team to address the needs of vulnerable and disadvantaged residents in our communities, supress the spread of the virus and proactively support businesses.

“It is the hard work and success of our Public Health team that clearly show why a localised approach to contact tracing is the right one. It is a big mistake to switch back to a flawed centralised approach which has proved both costly and ineffective. No reasoning has been given for this decision, which is very likely to affect our local efforts, risking the hard work done by all residents, businesses and public health professionals.

“We know that the pandemic is not yet over and case numbers in the city continue to be higher than we would like. As we continue to work together to support local businesses and keep our city safe, a successful, cost effective and responsive contact tracing system will be integral to the success of our reopening efforts.”