Council leader calls for action to address the cladding scandal

As the Deputy Chair of the Local Government Association (LGA) Fire Services Management Committee, Cllr Keith Aspden is leading calls for greater protections for leaseholders and tenants who are currently living in blocks with Grenfell style cladding. 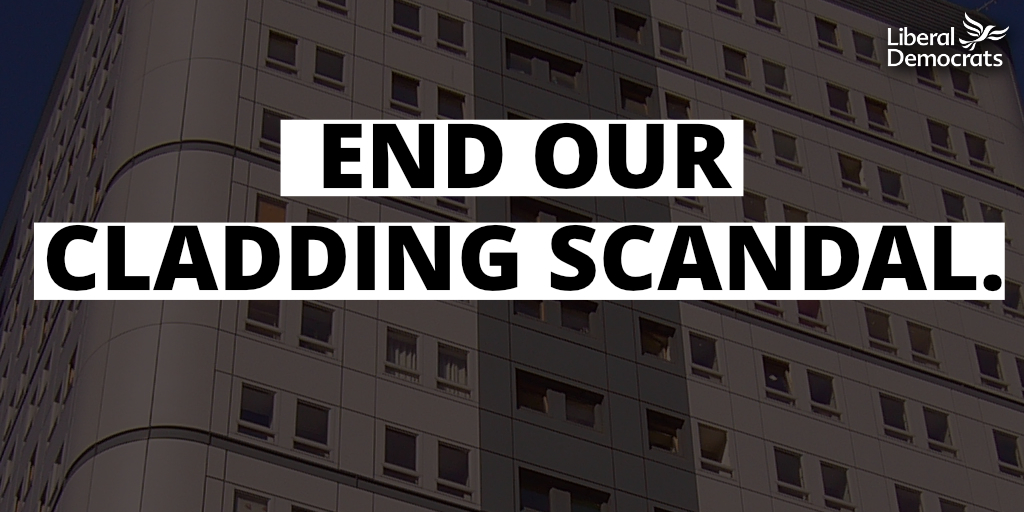 Four years since the tragedy of the Grenfell Tower fire, The Grenfell Tower Inquiry has made it clear that the current system in place to identify and remediate cladding and fire safety issues including dangerous cladding is not only perilously slow, presenting significant safety risks but is also leaving thousands of leaseholders facing financial ruin.

Whilst it is mostly high rise apartment buildings over 18m which are affected by flammable cladding issues, more recently leaseholders in smaller buildings in York have been faced with costs of tens of thousands of pounds to fix historic fire safety defects without being able to apply for financial assistance. Leaseholders are unable to sell a property that has no value, unable to afford the huge capital costs, unable to afford the monthly waking watch charges, and find their home is not only a safety risk but also a financial burden.

With Baroness Kath Pinnock, the former Leader of Kirklees Council and now Liberal Democrat spokesperson for local government and fire, leading the charge in the House of Lords campaigning to ensure that no leaseholder or tenant has to cover the costs associated with living in a home deemed unsafe due to its cladding, Cllr Aspden and the LGA have been calling for a new approach to the cladding crisis. Government must commit to providing the necessary funding, establishing a task force to take forward legal action against those responsible for the cladding crisis and introduce a levy on the relevant parts of the building industry in the next budget.

“The Government’s response to this serious situation has failed to get close to meeting the demands of the scale of the problem. Whilst estimating that the cost to remove dangerous cladding to be around £16bn, the Government has provided £1.6bn, expecting leaseholders to foot the bill.

“No leaseholder or tenant should have to pay for any costs associated with living in a home deemed unsafe due to its cladding. Having passed an amendment stating this in the House of Lords, we now urge Government to appreciate the extent of the crisis and act now.”

“Attempts to make leaseholders carry the costs of repairing affected buildings are not only unfair, but risk collapsing the housing market, hampering the post-covid economic recovery and will leave a widespread sense of injustice and significant mental health consequences for years to come.

“The building industry and the Government must take responsibility for their role in the long-term systemic failure that has caused the cladding crisis. We will continue to push for our communities across Yorkshire to be protected and make sure they don’t have to pick up the bill for Government inaction.”