Following on from the re-painting work done late last year, further improvements have been made to bus shelters in Acomb Park and Woodthorpe. 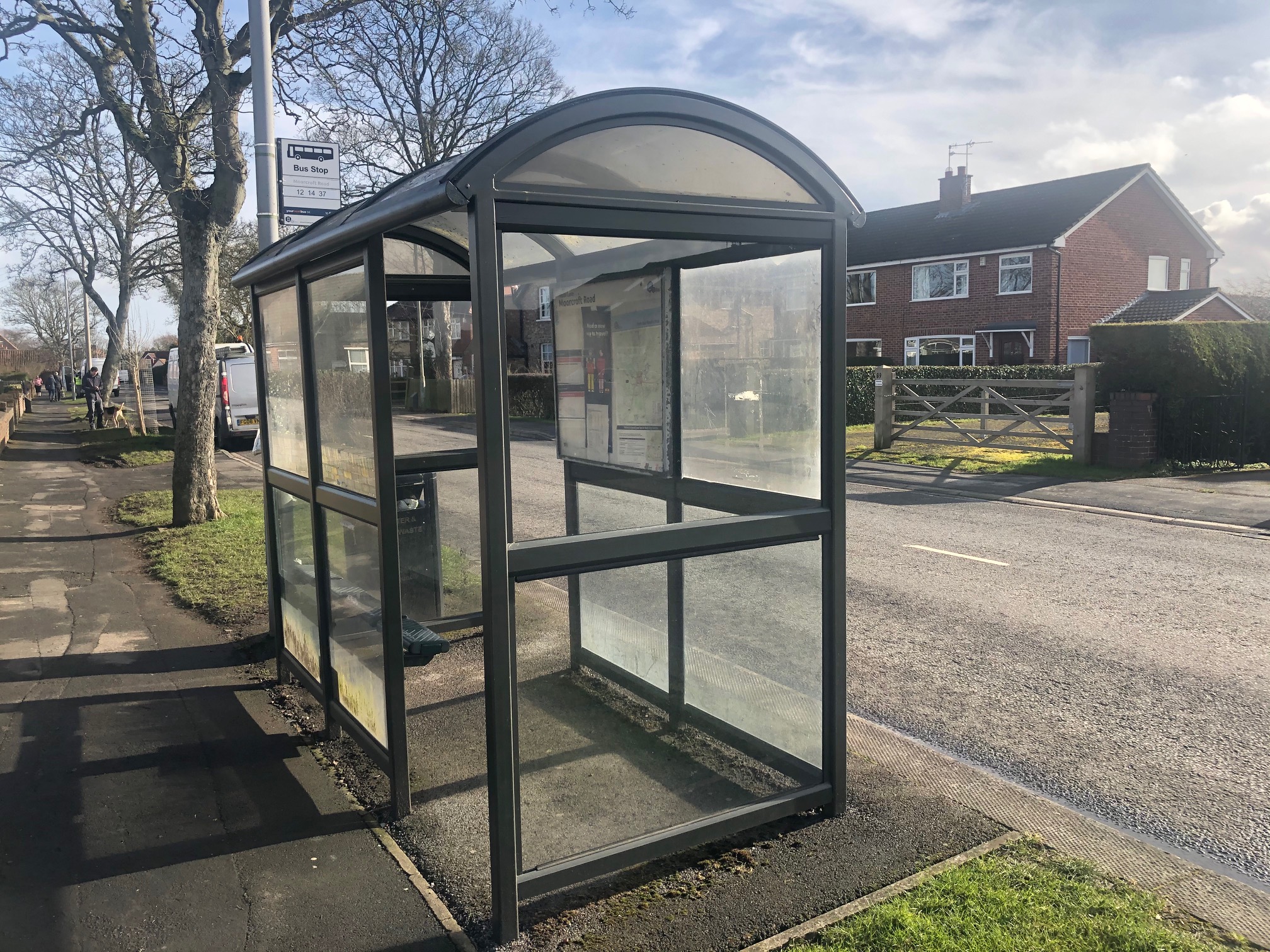 The badly degraded perspex sheets in the shelters on Alness Drive and Moor Lane have been replaced with panels of toughened glass. The previous poor state of the bus shelters meant that people waiting inside often struggled to see through the cloudy perspex to see the bus coming. 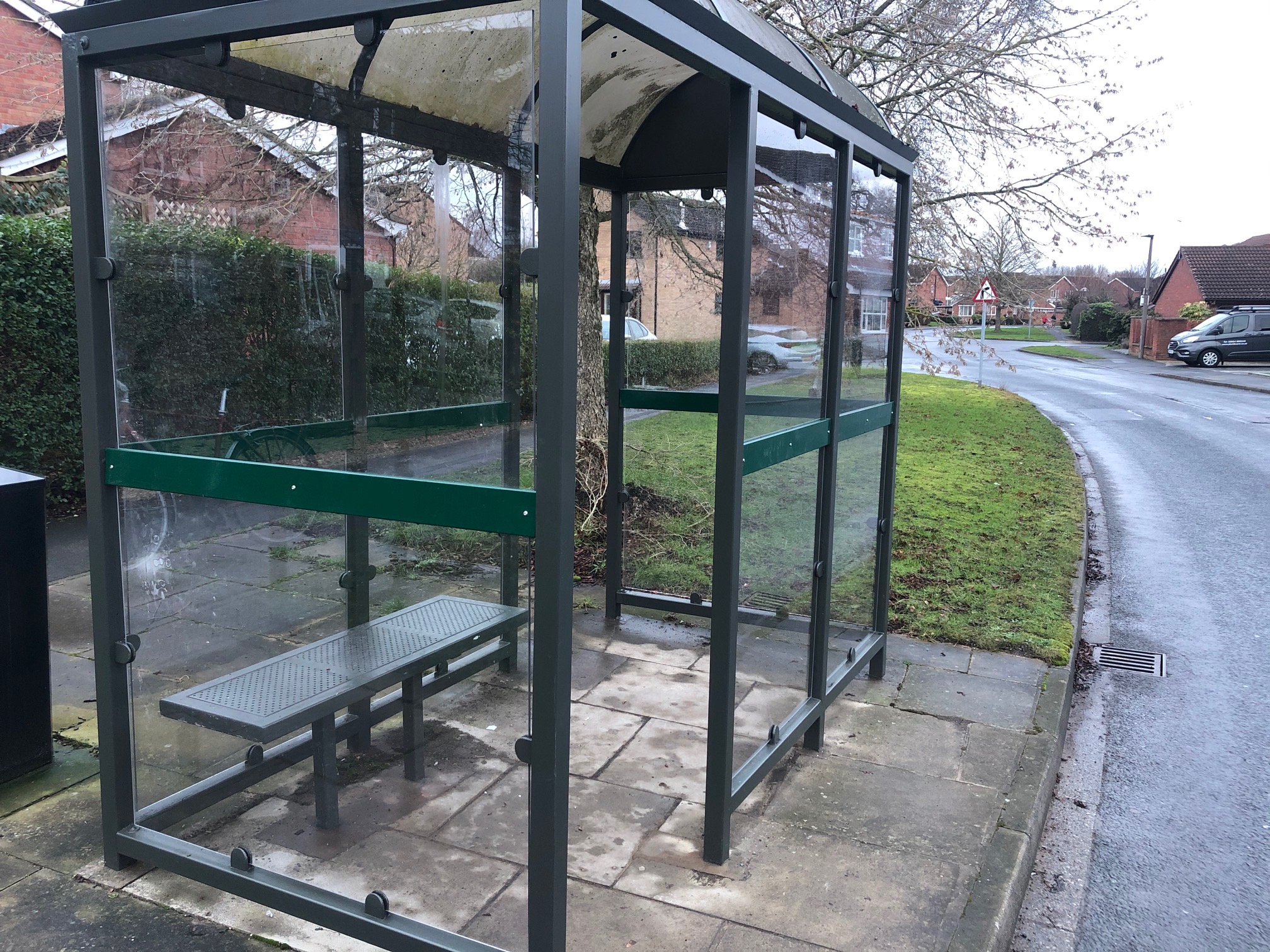 However elsewhere in the ward it is proving a struggle to get basic repairs made to damaged shelters (which are also in need of repainting), such as on Ryecroft Avenue, pictured below. 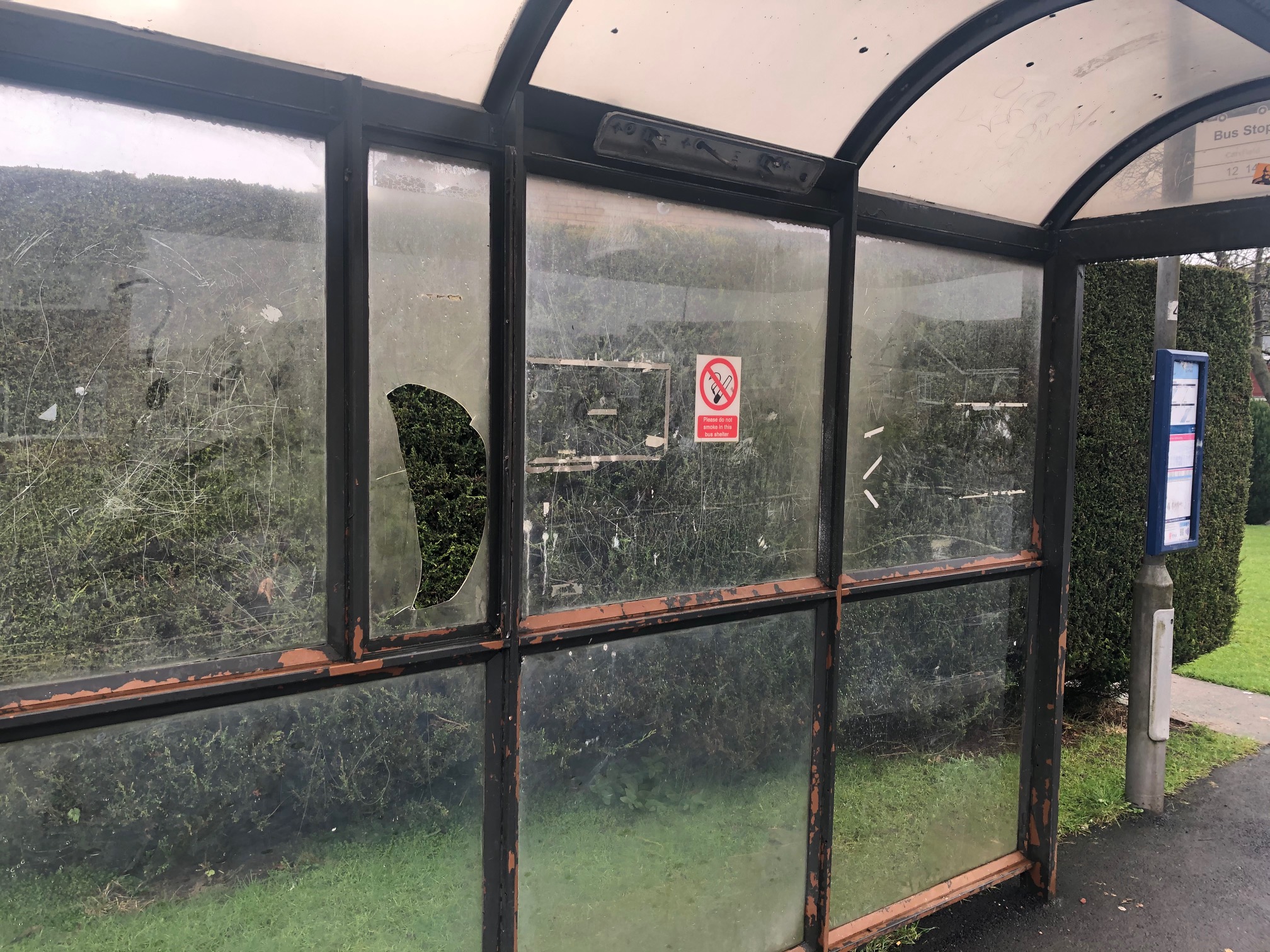