Liberal Democrat councillors representing the Dringhouses & Woodthorpe and Westfield wards are meeting with the Managing Director of First York to discuss a sudden reduction in the frequency of some key services. The temporary ‘emergency’ service reductions on routes 1, 4, 6 and 12 will take effect from Saturday 28th August. The move has been prompted by a severe shortage of qualified driving staff due to the effects of Covid and Brexit.

It is understood that these emergency service reductions will be for 3 to 4 weeks initially, but that even with First’s recruitment drive, the time taken to train new driving staff makes it likely that staff shortages will persist well into the autumn/winter, so this issue is likely to remain problematic beyond the initial 3-4 week timescale.

The worst affected service will be the number 12, which connects Foxwood, Acomb Park, Woodthorpe and Askham Bar with the city centre and then on to Monks Cross. It will run every hour, rather than every 35 minutes. The frequency of the number 1 (Chapelfields to Wigginton) will reduce from 12 to 15 minutes Monday to Saturday daytime, with minor reductions to early morning and evening journeys. And the number 4 (Acomb to the city centre) will run every 20 minutes Saturday daytime, rather than every 15 minutes.

First have published the new emergency temporary timetable for the number 12 service, to come into effect from Tuesday 31 August. They have also stated that journeys towards Foxwood Lane will not call at the Woodthorpe Loop, this will be served on the return trip. 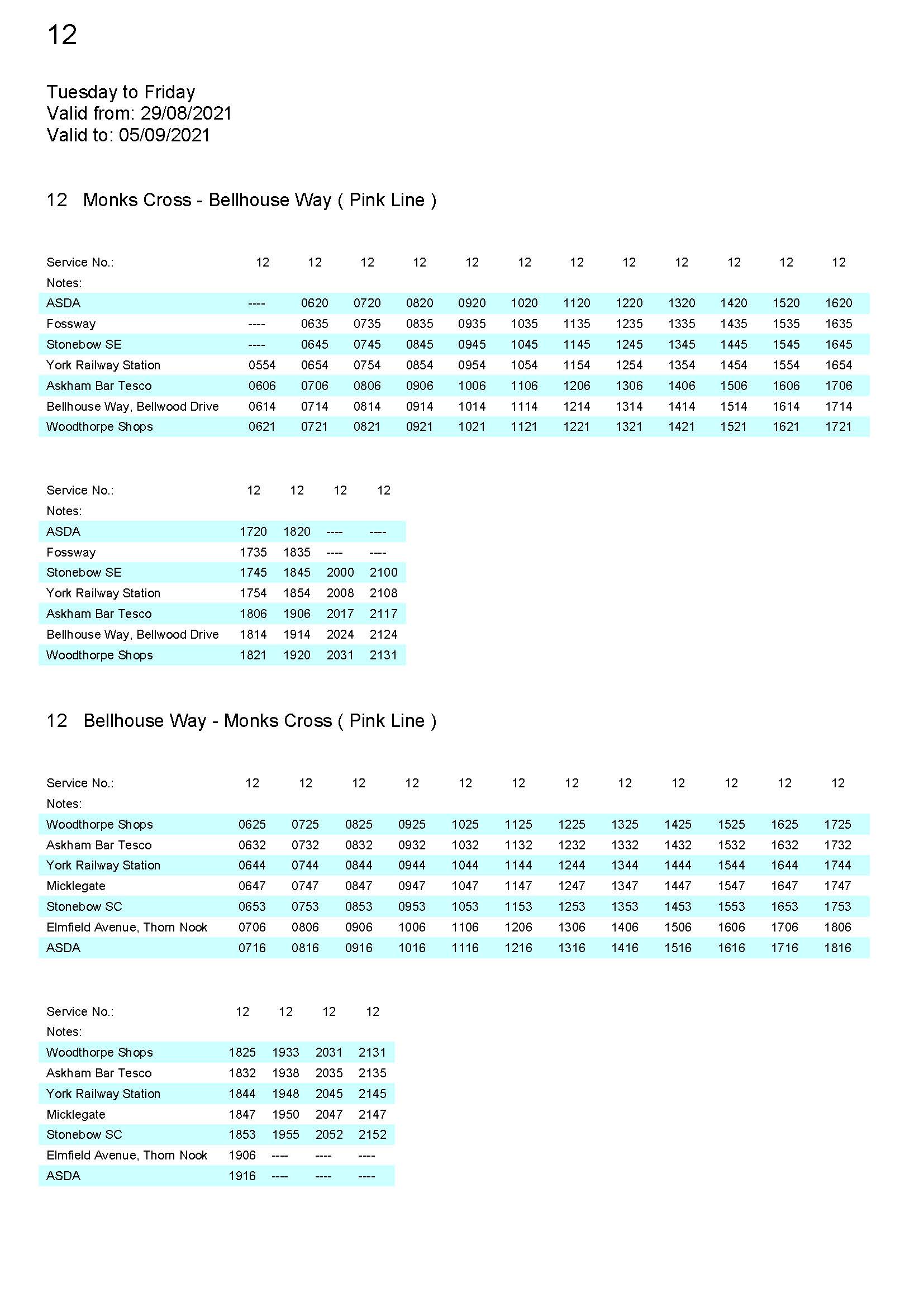