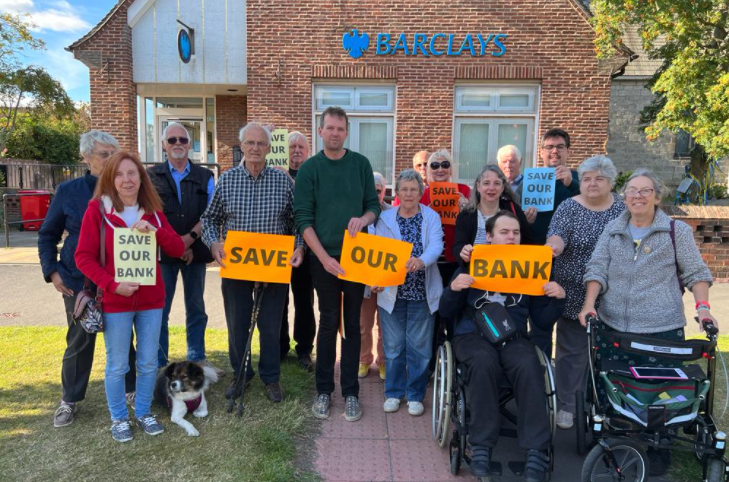 Thank you to the 600+ local residents that have signed the petition and supported the campaign to save retain local banking services in Haxby, which has received significant coverage in the local papers.

At the beginning of July, Barclays announced the closure of some branches across the country, including Haxby, which is due to close on 5 October.

We have been in touch with numerous local residents, businesses and community groups concerned at the impact this will have on them. Recently, we met representatives from Barclays Bank to request a rethink of the proposals.

Cllr Andrew Hollyer said: “We raised the high use of the branch, as demonstrated by the long queues that often form outside and the hundreds of local residents who have signed the petition against the closure.

“Also discussed was the difficulty of access to alternatives such as central York or Easingwold or indeed Haxby Post Office, which some residents with physical impairments struggle to use due to the heavy door.

“Should the bank move ahead with closure, we requested that they ensure regular sessions are held locally in the community so that everything that people can do now they can continue to do in person with assistance from trained staff in Haxby - which the bank have committed to.

“However, we remain concerned about the pressure that the closure of the branch will place on the capacity of local alternatives such as the Post Office, which is often very busy and not as easily accessible for some as the bank.

“We will continue to call on Barclays to reconsider this decision and keep the branch open. Please sign our petition below.“