York residents have one week left to have their say in consultation on the ongoing examination of the city’s Local Plan, which will conclude on the 7th July. 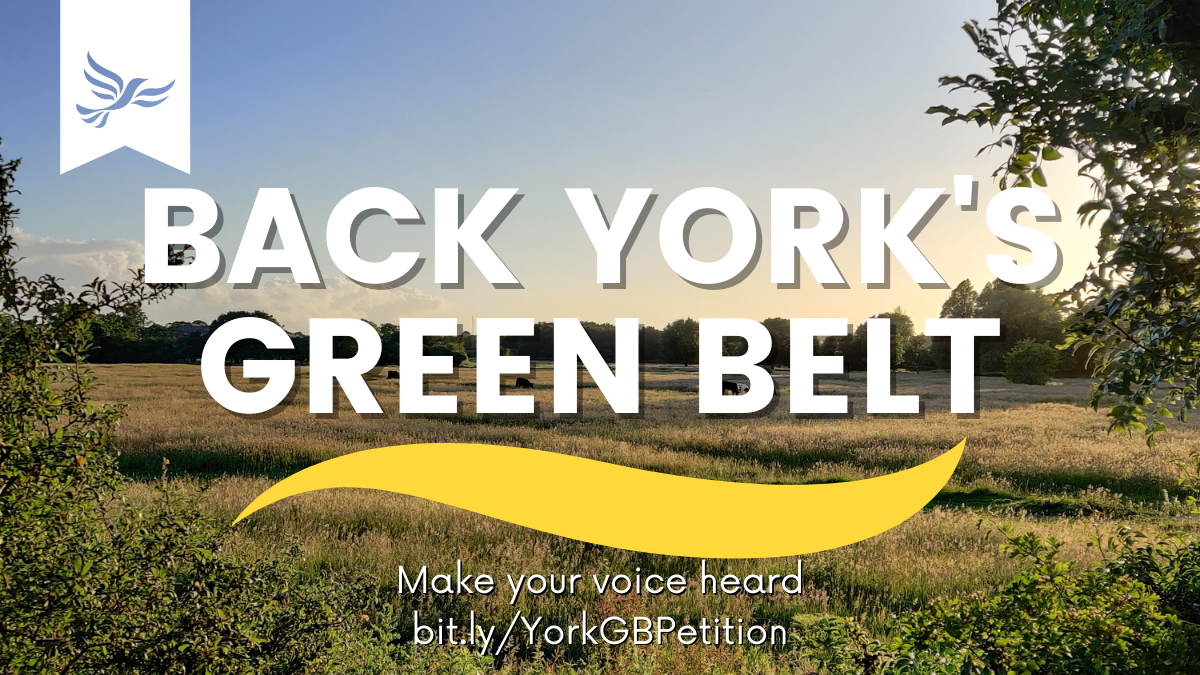 The six-week consultation period has to take place before planning inspectors will examine the plan at public hearing sessions later this year.

The proposed Local Plan looks to deliver over 20,000 homes over the next 20 years, including up to 4000 more affordable homes, creating around 650 new jobs per year, whilst crucially defining the Green Belt boundaries, for the first time since the 1950s.

The plan also prioritises the development of brownfield sites in the city and ensures that York’s unique character will be protected for generations to come.

Residents who support defining the Green Belt boundaries are invited to sign an online petition at: bit.ly/YorkGBPetition

To respond to the Council’s consultation, please visit: https://bit.ly/CYCGB

“The Local Plan is one of the most significant strategic documents for York, as it will determine how our city develops over the next 15 years. Our plan will go a long way to address the local pressures in our housing market, including the regeneration of brownfield sites, and at the same time, guaranteeing the protection of the greenbelt and York’s natural beauty.

“York’s Green Belt has recently increasingly come under attack by both developers and opposition councillors who called for widespread construction on York’s precious Green Belt. These alternate approaches have threatened such endangered sites such as Askham Bog and risk a ‘developers free for all’.

“We can be sure that the big developers will be replying to this consultation to try, yet again, to poke holes in city’s Green Belt for their own gain. I would urge residents to make their voice heard and protect York’s Green Belt.”