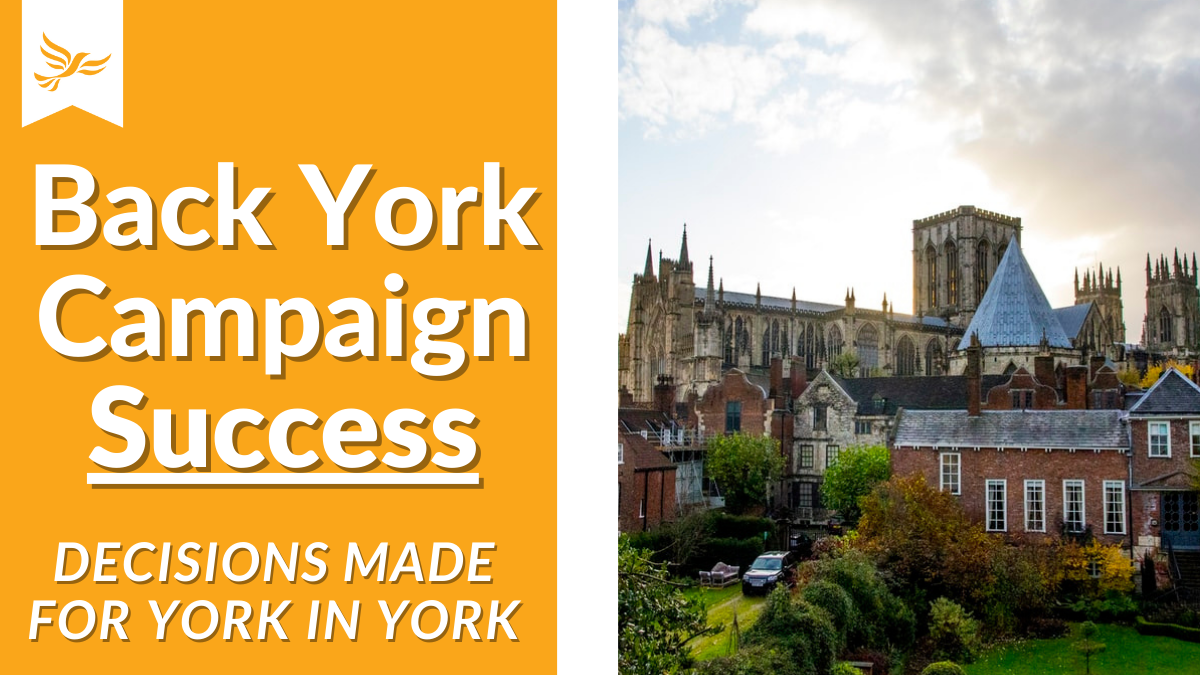 This follows a local campaign in response to the Government consultation on the future of local government in York and North Yorkshire which considered proposals to remove 2-tier local government.

Evidence, submitted by the Council earlier last year, demonstrated the significant detrimental impacts of any local authority merger which includes York. Such impacts include eroding local decision making in York, increasing council tax, breaking the 800-year historical connection between the Lord Mayor, council and the city, and disrupting key services at a time when they are needed the most.

Resident and stakeholder consultation, alongside the analysis undertaken by the Council, showed strong support for decisions made for York to remain in York. More than 3,200 residents backed York by signing the cross party petition. Business, health and education leaders wrote to the Government supporting York’s existing strengths and opportunities as a unitary authority.

“Residents, businesses and key partners were clear that what matters now for our city is continuing our local and regional efforts to recover and rebuild. This decision will allow the Council and its partners to focus on that, building on the strengths of partnership working, continuity and York’s unique identity to drive recovery.

“I would like to thank everyone who took the time to sign the petition, write a letter or work with partners in support of our city and a sustainable recovery. We sent the Government a clear message – decisions for York should be made in York - I’m glad that they have listened.

“Now we will get to work to access the investment that could be unlocked by devolution, which will benefit our communities and businesses and help facilitate a strong recovery.”