Over 1,700 residents have now backed York and confirmed that the city should remain independent by signing a cross-party petition due to be presented to the House of Commons. 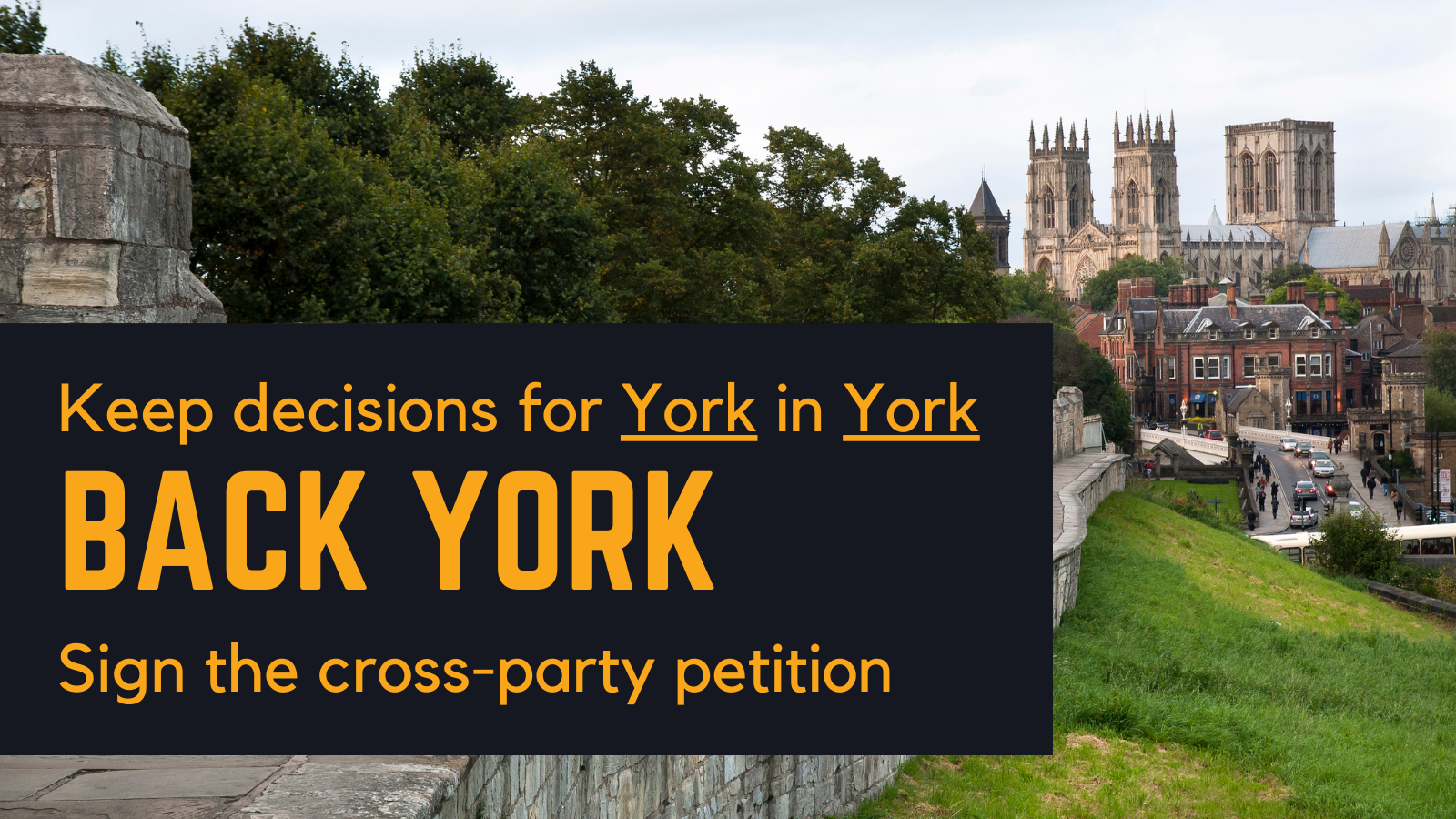 Launched at the end of last year at a cross-organisation event, the petition will be presented to the House of Commons to show that York’s residents and businesses are opposed to the proposals to merge York into a new council stretching 65 miles north/south, and 45 miles east/west. With cross-party support and the backing of city’s key partners, the petition is intended to show the Government the true extent of the opposition to any plans which would weaken accountability, erode local democracy, and disrupt services at this already challenging time.

It is expected that the Government will launch a consultation on local government reorganisation in York and North Yorkshire over the coming days.

In October, with near-unanimous and cross-party support, the Council submitted its evidence to the Government for York to remain as an independent unitary authority. The evidence in the report demonstrates the significant detrimental impacts of any local authority merger which includes York. Such impacts include the eroding local decision making in York, increasing council tax, breaking the 800-year historical connection between the Lord Mayor, council and the city, and disrupting key services at a time when they are needed the most.

“It is vital that York continues to lead its own recovery, by putting residents and local businesses at the heart of our efforts to build back better. By avoiding the unnecessary disruption and cost caused by boundary changes, we can access the investment provided through devolution quickly. This will benefit our communities and businesses and to help facilitate a strong recovery in the city.”

“This campaign transcends political lines, it is about the future of our city and communities. I’d encourage residents to add their name to keep decisions for York in York.”

“Residents, businesses and key partners are clear that what matters now for our city is continuing our local and regional efforts to recover and rebuild. They do not support being forced into a merger which would see the city lose its local democracy, disrupt services and be of direct financial impact to local residents.

“I’m delighted to see so many residents sign the petition and want as many more as possible to sign up so we can make it clear to the House of Commons that York wishes to remain a self-governing city.”

“Devolution can bring important benefits to our city and region, however, with the Government insistent on disrupting the current governance structures, we must be loud and clear when it comes to the necessity to keep York independent.

“There is no logical, historical or democratic argument for our city to be merged into an unaccountable and far removed rural and coastal authority. York must remain York, and I’m glad to see our residents back our calls.”