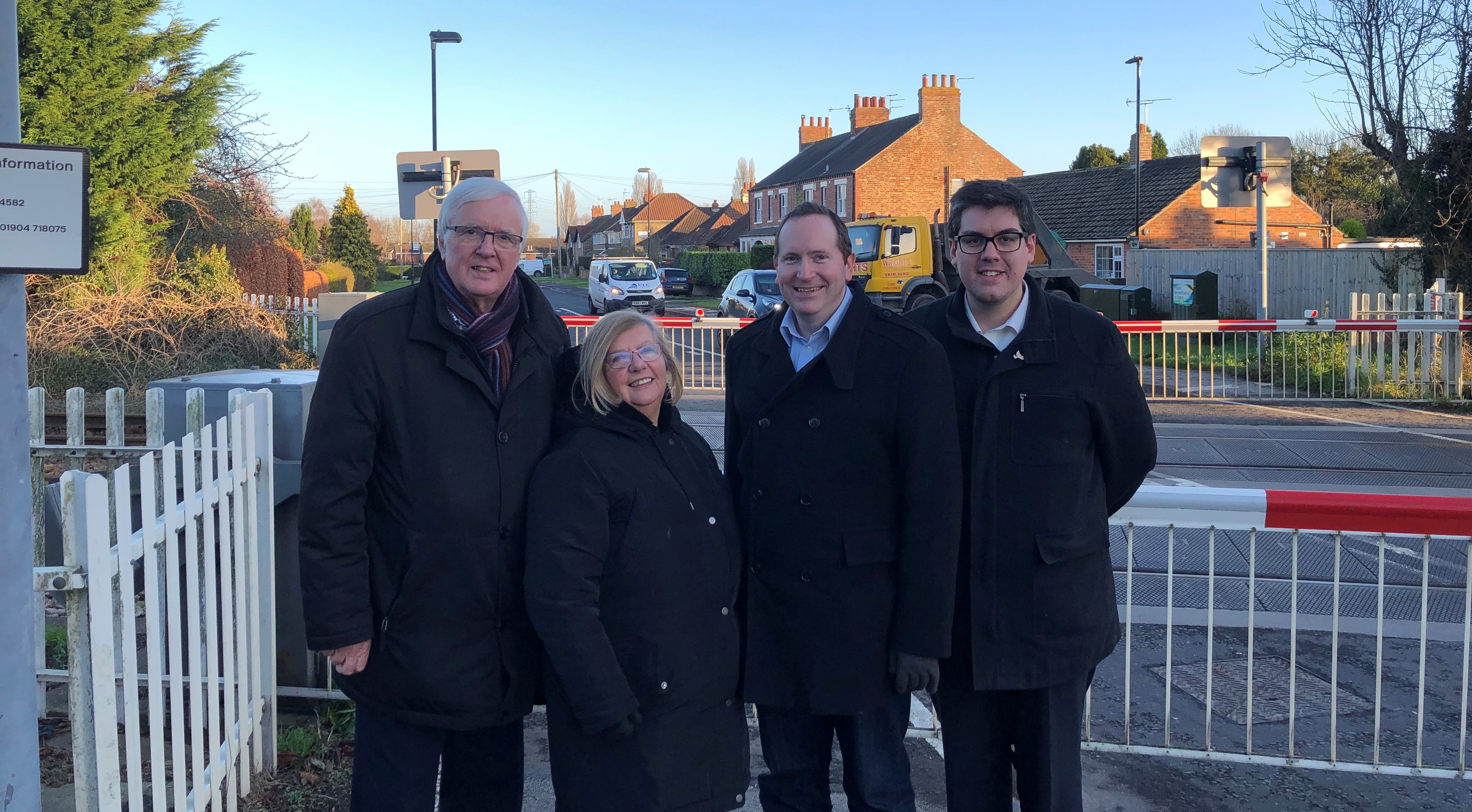 The Liberal Democrats will use an ambitious £50 billion regional growth fund to reverse under-investment in our region from the Conservatives, and instead, promote sustainable travel projects across, including the potential delivery of a new rail station in Haxby.

The £50 billion fund would also be used to deliver other sustainable infrastructure projects, such as electrifying railways, increasing the availability of charging points for electric vehicles and improving broadband access for residents.

"For far too long, residents in York have seen our city miss out on millions of pounds of investment. The communities and villages of York Outer deserve better and looking forward, it is vital that we are not left at the back of the queue.”

"That is why the Liberal Democrats are prioritising an ambitious £50 billion regional growth fund, which will be used to invest in sustainable transport initiatives across our region, including the possibility of a new rail station in Haxby.”

"Our communities deserve a brighter future, not the un-costed promises of the other parties, which will burden our residents for many years to come."

“Neither Labour nor the Tories can square their spending promises today with the cost of Brexit. They are writing promises on cheques that will bounce.  In contrast, the Liberal Democrats want to stop Brexit and invest billions into our vital public services.”

“It’s time the communities of York Outer had an MP fighting for them on the national stage and lobbying for new investment to deliver vital local projects, such as Haxby Rail Station, and I know that Keith Aspden is the candidate to take this fight to Westminster.”