York’s Liberal Democrats are calling on the Government to grant EU citizens the automatic right to stay in the UK, with the physical proof they need, as new Home Office figures reveal that 300 residents in York are still waiting for a decision on their Settled Status application. 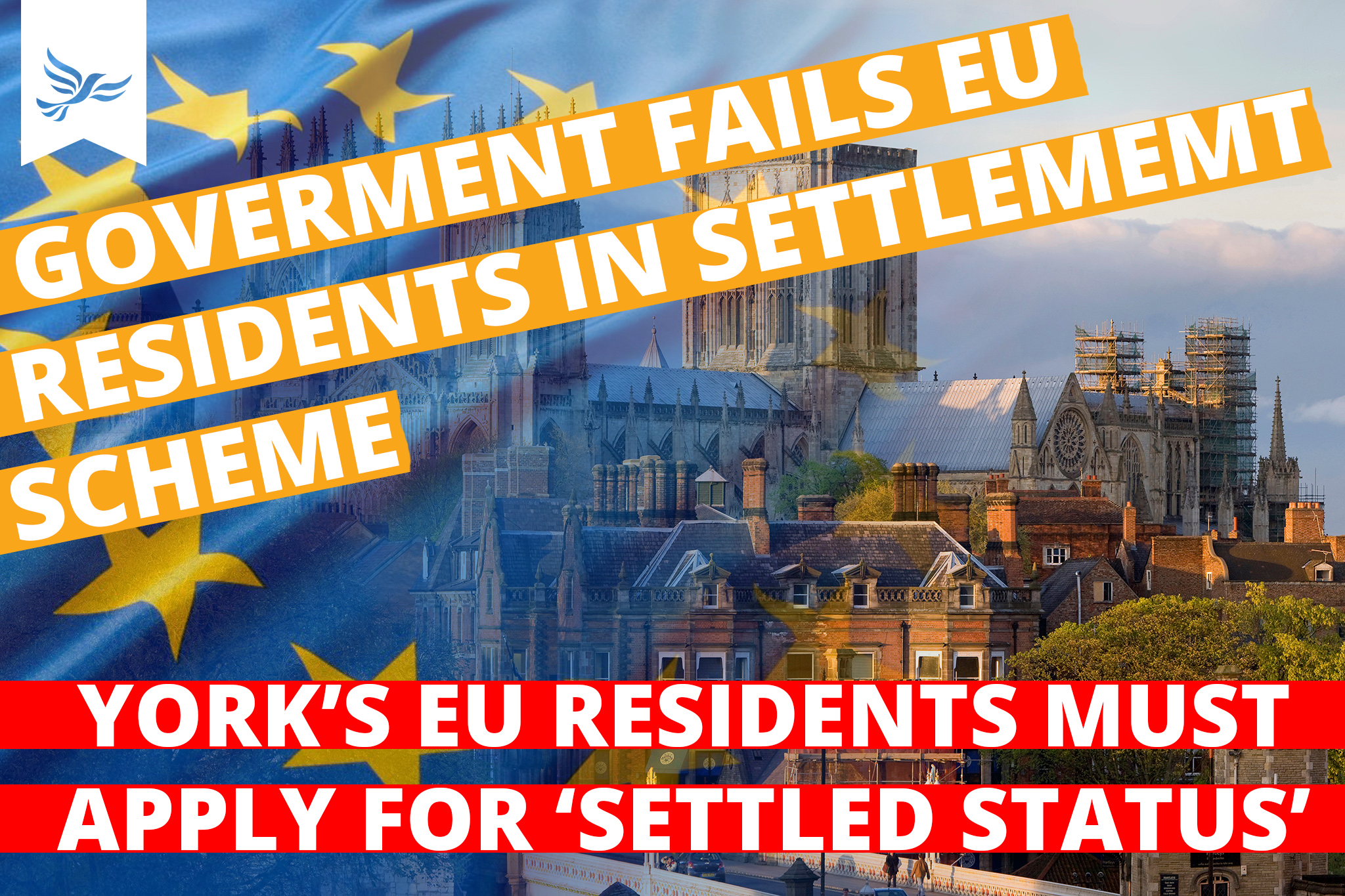 The latest EU Settlement Scheme statistics show that, as of the end of March, 8,490 applications have been made with 8,190 of these applications concluded, leaving 300 local residents in a limbo with less than 5 weeks to go till the deadline of the scheme.

The figures also reveal that 3610 EU-born residents have only been granted temporary ‘Pre-Settled Status’. That means a total of 3910 applicants have still not been given the permanent right to stay.

Whilst the Office for National Statistics projected that there was an estimated EU population in York of 7,000, this figure is subject to a confidence of +/-3,000 so the percentage of EU residents who have applied is open to significant variation.

City of York Council has proactively engaged with the EU citizens living in York, to offer advice and support through the application process. A dedicated Community Involvement Officer has been appointed by City of York Council, with a focus on supporting EU residents in the city through this difficult time.

“Boris Johnson and the Conservatives promised to guarantee automatically the rights of EU citizens to stay. EU citizens in the UK have been living under a cloud of uncertainty due to promises broken by this Government.

“The enormous backlog shows that the Government’s botched scheme is anything but automatic. We have no confidence that we know how many people are being left out because local councils are unable to access accurate data.

“EU citizens are our friends, neighbours and work colleagues and are a part of what makes York such a special place to live. I would encourage all EU citizens, who have made York their home, to apply for the scheme and secure their rights as soon as possible.

“Liberal Democrats have been fighting for EU citizens to be given the automatic right to stay in the UK, with the physical proof they need. Whilst the Government has failed to answer our calls, we are continuing to reach out to EU nationals and support them in any way we can and we will continue to work hard locally to assist every EU citizen who wants to exercise their right to remain to do so.”